Get in Touch With Us

We Sincerely Welcome You To Contact Us Through Hotlines and Other Instant Communication Ways.

As the first commercialized anode electrode material for lithium-ion batteries, graphite has the advantages of high capacity, stable structure, and good electrical conductivity. More importantly, it has a wide range of sources and low cost. It is still the most mainstream anode material at present, and it is difficult to be completely replaced in the short term. As lithium-ion batteries are widely used in electric vehicles, fast charging capability has become the most important performance indicator of graphite. Subject to the slow lithium intercalation kinetics and extremely low redox potential, the capacity, stability and safety of graphite under high-rate charge and discharge cannot meet the needs of power batteries. Therefore, the modification of graphite to improve its fast charging performance has been the focus of research by scholars in recent years. 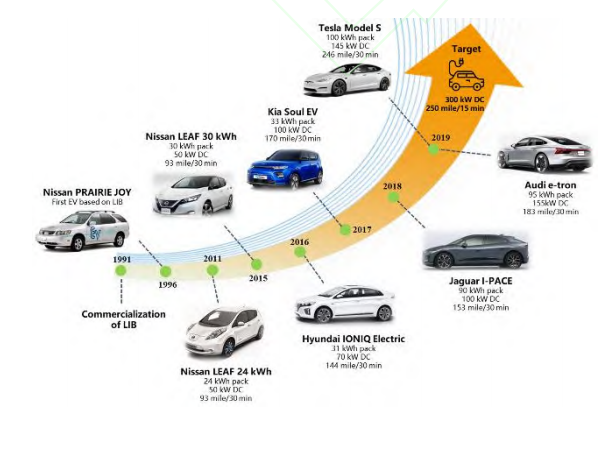 For the problems of graphite in fast charging, the current solutions are as follows.

(3) Electrolyte optimization. By optimizing the use of solvents, regulating the type and concentration of lithium salts, and adding organic/inorganic additives, the solvation structure of lithium ions in the electrolyte can be effectively adjusted, the desolvation barrier of lithium ions can be reduced, and a stable SEI film can be constructed. As well as mitigating the effect of solvent molecular co-intercalation on graphite stability.

(4) Optimize the charging strategy. By optimizing the charging protocol, regulating the charging current, voltage and relaxation time, the charging rate limit can be reached without the formation of lithium dendrites, and the balance between cycle life and charging rate can be achieved. These methods can effectively improve the capacity and stability of graphite under fast charging conditions, and provide a reference for the realization of "refueling" charging of electric vehicles.

However, the fast charging design of graphite still has the following challenges:

(2) By designing pores and reducing the morphology and structure of graphite particles, although the lithium intercalation sites of graphite can be increased, the increase of active sites is often accompanied by the intensification of side reactions and the decrease of the first Coulombic efficiency. Given that the price of lithium salts has reached an all-time high, the fast-charging design of graphite cannot come at the expense of increasing the irreversible capacity for the first time. Therefore, the regulation strategy of morphology and structure must be used in conjunction with other surface modification strategies to avoid additional lithium consumption.

(3) By using functional additives or developing new lithium salts and solvents, it is crucial to obtain novel electrolytes with high ionic conductivity, high transfer numbers, and wide temperature ranges, as electrolytes determine ion transport and interfaces for specific battery chemistries. However, the development guidelines of electrolytes must take into account the cost factor and environmental protection degree, otherwise it will lack practical significance.

(4) Most of the graphite-based fast charging designs are still evaluated based on button batteries. As a technology that urgently needs large-scale industrial application, researchers should evaluate it in pouch cells or cylindrical cells to verify its commercial application potential.